The Night of the Living Dog

October 30, 2014
Halloween is my favorite holiday.

This past Sunday we volunteered for The Night of the Living Dog, a Halloween zombie party benefiting the Amanda Foundation (the rescue shelter we walk dogs for). Music played, cocktails flowed, and dogs preened for the costume contest. Fun, though I hurt my back again from lifting stuff. 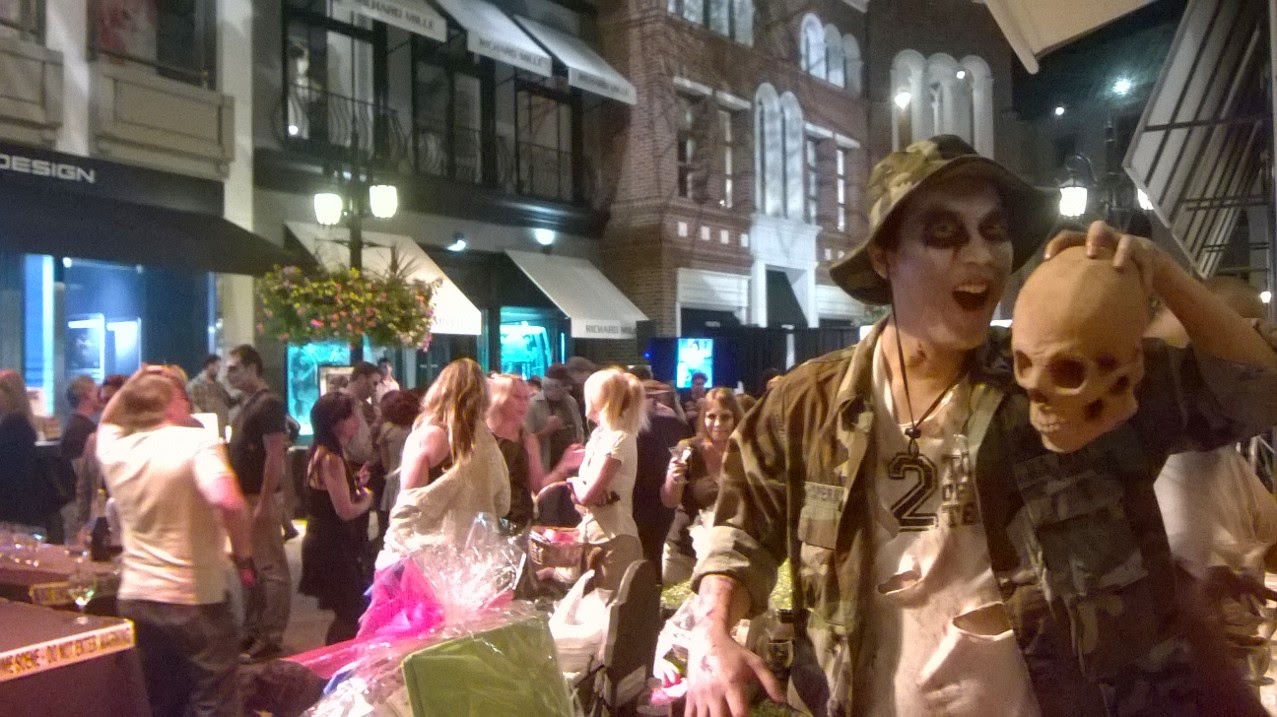 Me as a zombie soldier, gnawing the skull of one of my victims. I did my own makeup, which some thought was too blue. Wouldn't zombies be oxygen-deprived from all that death? The event's makeup artist redid my makeup to make it whiter with dark eye circles. 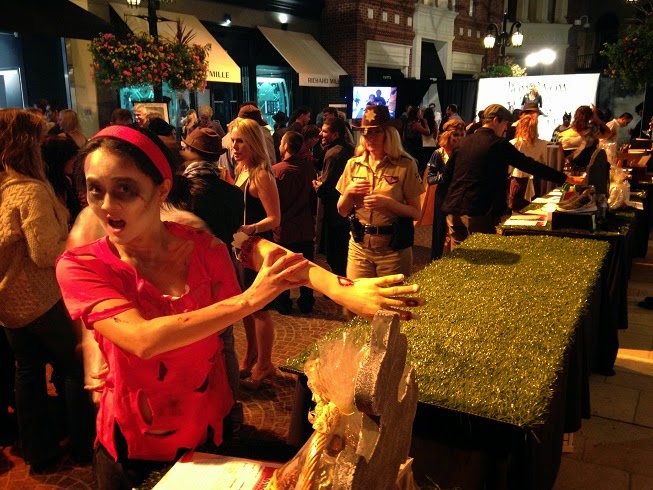 The volunteers' jobs were to set up the party, staff the tables for the silent auctions, and clean up. Ours had several signed scripts from TV shows like Dexter and CSI. Here's my partner, a dodgeball zombie with her arm lopped off. She put in a bid for a restaurant but was outbid by several others. Bummer for us, but better for the Foundation. 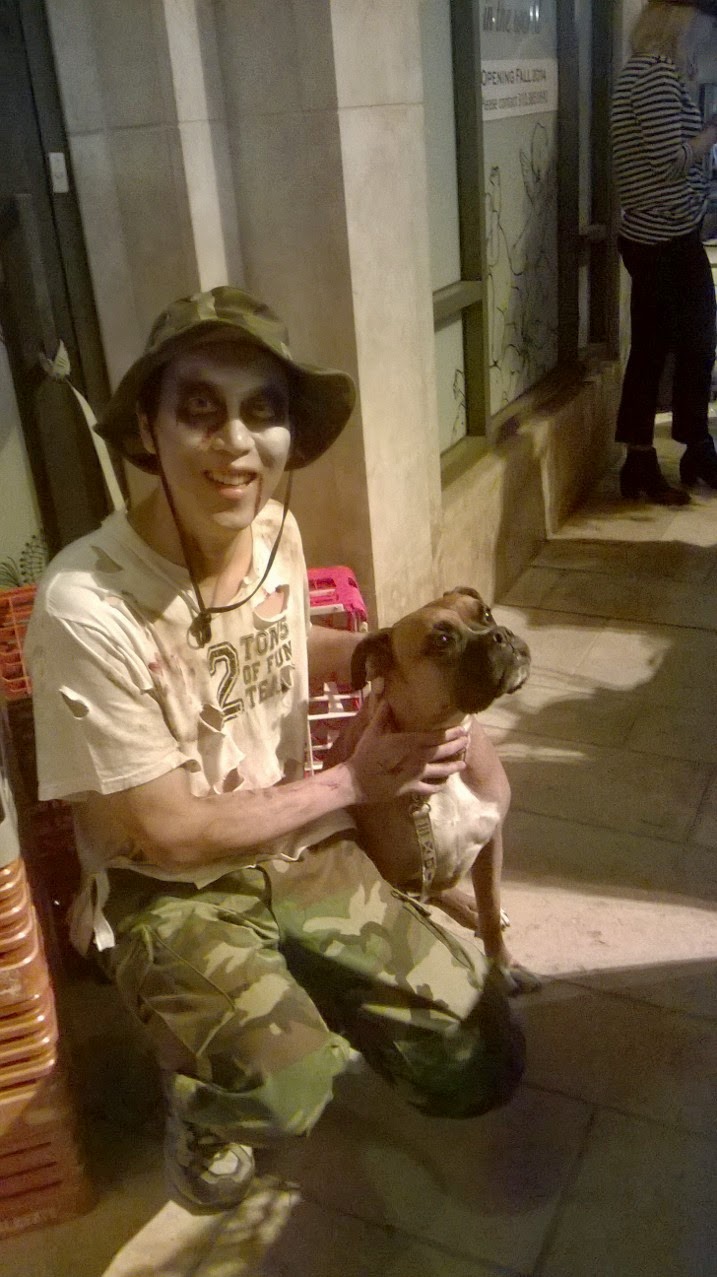 Me next to Oscar. The crowd was too overwhelming for him, so his human left him with me for much of the night. He was calm and waggy. Good dog.

The best part of my costume was the ripped shirt. It was easy to do. Take a white shirt (so fake blood shows up best), rip it, smear on some Fuller's earth to dirty it, wipe a bloody handprint on it - and you're done. The only embarrassing part was that my partner made holes right in front of my areolas. Unintentionally, she insisted. When I moved the shirt to cover up one, the other would peek out. It was a no-win situation, leaving me feeling rather exposed for the whole night.

Below is a group shot of the volunteers at the end of the night.