November 20, 2017
Every Halloween brings another annual fundraiser for the Amanda Foundation, our local dog & cat rescue. This was our third year working the main gig but our first time doing the group dog-walk, the pre-event to garner attention for the fundraiser. I even got my official Amanda shirt, which was akin to a superhero uniform. The moment I put it on, I felt empowered, like I had more authority to tell dogs what's what. 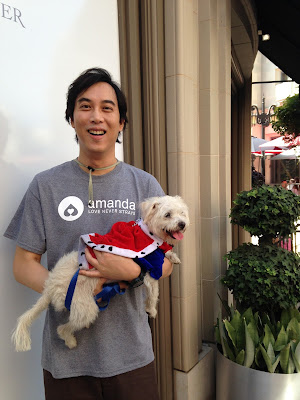 Every volunteer was assigned a pup to walk. I got Turner, a friendly and excitable dog. His costume was technically "king." It even came with a crown, which had zero chance of staying on, given how active he was.

At first, this was what happened when a kid saw Turner ... 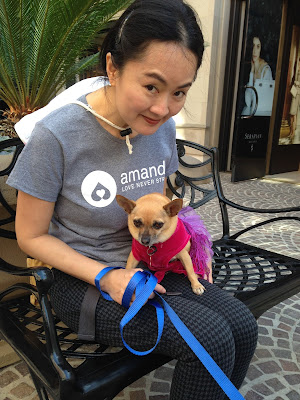 Michelle's dog, Chikis, was the opposite of Turner. Chikis was a total lapdog, we were told. She liked to be held, sat still, and showed no inclination to move. This pup would be a perfect companion for Netflix binging. However, when Michelle put Chikis down, the dog actually turned out to be quite an enthusiastic walker.

At the Halloween fundraiser the next day, Michelle and I kept talking about whether Ginger would show up. We'd met Ginger at previous years' events, you see, and were very taken by her charisma and beauty.

Much to our delight, Ginger finally arrived. Fashionably late.

I rushed up to her, but other people were already crowded around, preventing our reunion. Ugh, get outta my way. Ginger was clearly the most popular girl there. Everybody wanted to talk to her, touch her, and take photos with her. Her celebrity status confirmed.

Ginger has one of the best temperaments. Not matter how much annoying people (like me) molested her, she just sat there calmly, wagged her tail, and looked at you as if to say, "It's all good."

(The sweet pittie also appeared in this blog's 2016 Halloween post, posing with Michelle.)

The theme this year was the Roaring Twenties. Which meant, of course, there had to be ... 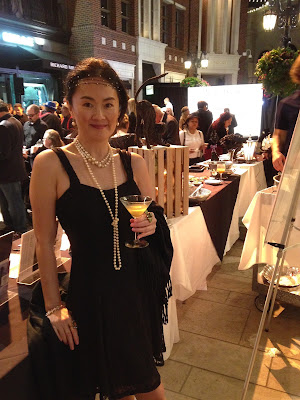 Standing in front of our silent auction table was Michelle with the event's signature cocktail, the Prohibition Inhibition Martini.

And where there was booze, there had to be ... 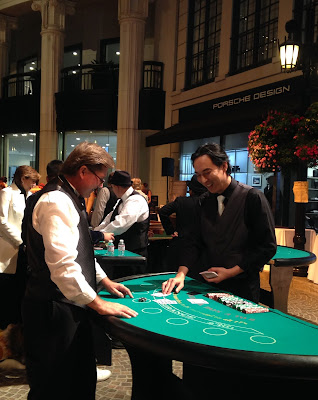 And when there were booze and gambling, you know who was running the joint ... 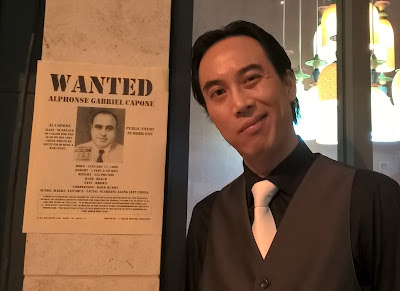 Lastly, no Roaring Twenties party would've been complete without ... 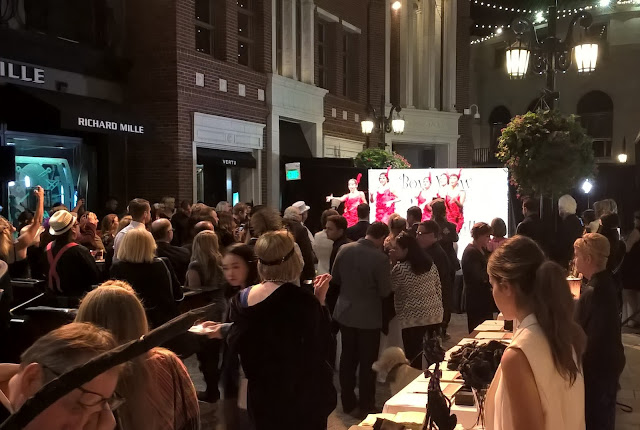